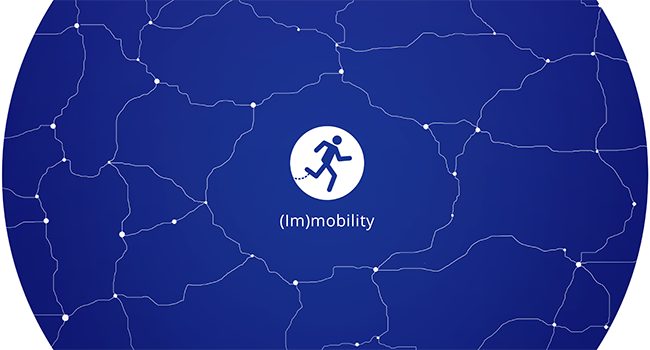 In much research on refugees there is a focus on mobility or the lack thereof. However, the opposite of mobility is not necessarily immobility, as migration processes encompass a wide spectrum of different forms of mobility and immobility and choices made by people along the way. While some refugees might be on the move right now, they may also quickly join the legions of people unable to move, living in detention centers, camps, urban ghettos or other sites made invisible from the spectral forms of displacement in the moment of flight. The distinction between free and forced mobility may often be an ongoing and sliding negotiation, made via changing dreams and assessments. In different ways, this applies to internally or externally displaced persons, asylum seekers, refugees and sex workers encountering various institutions and legal regimes. This suggests the need for a wider and broadened historicized understanding of the many structures of (im)mobility.

Steffen Jensen has worked on processes of displacement and stuckness. Hence, the overarching idea of the work is that immobility and displacement need to be understood as temporal instantiations of life where those that used to be refugees or displaced often end up unable to move.