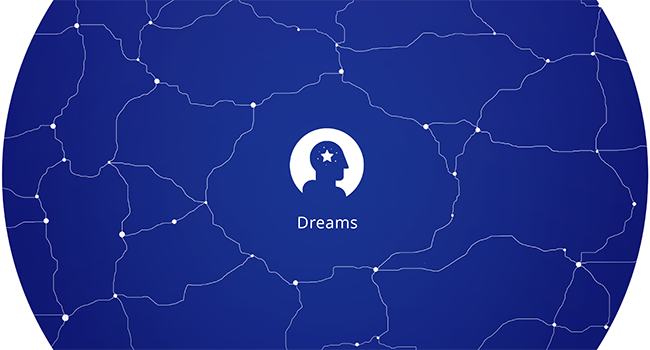 Much research on displacement, migration and flight hone in on the challenges, hardship and tragedies associated with mobility. While of central importance, there is a need to also focus on the hopes and aspirations of those that move, those that cannot move but desperately try and of those that decide to stay. Their eyes are on the future – and they plan prospectively for how to best secure a place for themselves or their children in the future. But they are not the only ones who dream! Nation states, international and regional entities and political authorities also have visions about the future. Accordingly, political struggles often revolve around different visions and dreams found to be at odds with each other; be it in relation to border control and migrant aspirations, political conviction and anti-radicalization and security or in relation to diaspora politics.

From his ethnographic and theoretical engagement with modernist urbanization Michael Ulfstjerne has explored how dreams of the city manifest across class and sector: from planners, architects, to those whose lives are forcibly reconfigured as cities expand and change. Michael’s publications explore diverse topics as architecture, informal finance, urban ruins, and indebtedness in the city.

► The Tower and The Tower: Excess and Vacancy in China's Ghost Cities (2017)

► The artificial paradise: Municipal face-work in a Chinese boomtown (2016)

► Un-real estate: The social life of temporary wealth in China (2015)

Marlene Spanger investigates how transnational marriage and love create desires and dreams. Foregrounding gender and sexuality she scrutinizes the ways in which migrants ascribe meaning to love. Here desires and dreams become a driver for migration.

► Doing Marriage and Love in the Borderland of Transnational Sex Work. Female Thai Migrants in
Denmark (2013)

Dreams, the hopes for a better future - in fraternities in Manila and young men in Cape Town - have animated much of Steffen Jensen’s work. A special focus has been on how violence play part in the production of these dreams. While ever-present and strong, the dreams are often caught in impossible structural contradictions that necessitate new rounds of mobilization and violence.

► A world of significance. Equality, Ritual and Violence in a Manila Fraternity (2018)