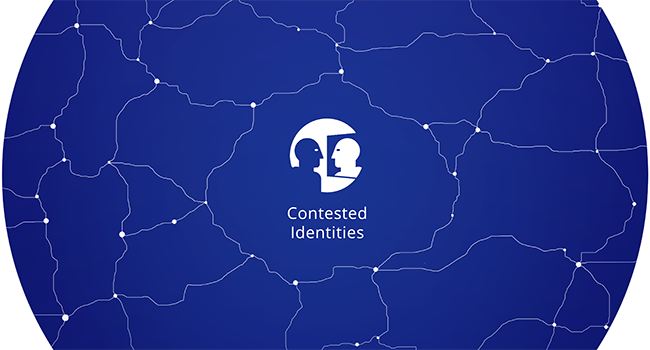 Identities are highly relevant in research on refugees, migrants, people who are stuck and/or involved in different forms of conflict as well as how states control its borders and intend to control its citizens. Researching identities as ongoing negotiations individually as well as collectively, constituted through different intersecting hierarchies (gender, race, ethnicity etc.) enables us to display the ways in which identities are contested. Depending on the particular setting, some identities privilege some groups over other groups creating injustices and inequalities. In other cases, identities are contested in civil war and ethnic conflicts as the case of Eastern Turkey/Kurdistan/West Armenia testifies to, where war, genocide, flight and continued marginalization have marked at least 100 years of struggle over the same territory.

Marlene Spanger works on how subject positions of migrants are established and negotiated through the intersection of gender, sexual and racial formations. Researching the links between sex, money and migration reveals different contested identities

► The Presence and Absence of sex workers' Mothering (2019)

► Surveillance of Dangerous Liasons through Notions of Sex and Money (2018)

► "You see how good-looking Lee Ann is!" Establishing Field Relations through Gendered and
Racialised Bodily Practices (2012)

Bjørn Møller's research on contested identities deals with how identities matter to people, regardless of whether they are national, ethnic, racial or religious. In countries such as Kenya with very diverse populations, both local and national politics tend to play on these identities, and the western “war on terror” has tended to vilify Islam as such, which is almost bound to create a backlash in the form of extremist and/or militant Islam.