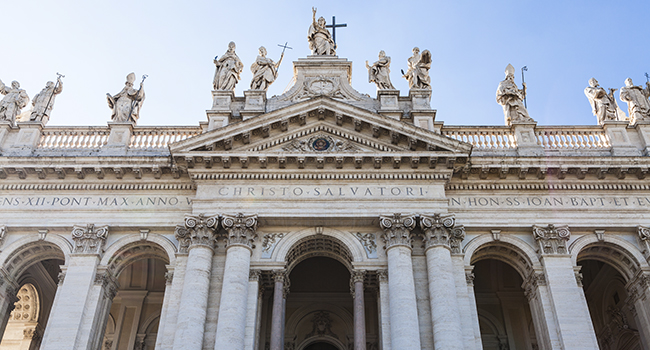 Using approaches from gender studies and the history of emotions, this interdisciplinary project investigates how Pope Innocent III (1198-1216) and his curia used emotions to communicate papal authority, and how this was shaped by contemporary ideas about gender.

Project description:  By the end of the twelfth century, the papacy had become one of the most influential institutions in Latin Christendom. Using ideas and approaches from gender studies and the history of emotions, this interdisciplinary project investigates how the pope and his curia used emotions to communicate papal authority, and how this was shaped by contemporary ideas about gender. The project focuses on the pontificate of Innocent III (1198-1216), which was a period of both crisis and renewal within the Latin Church. Scholars of clerical masculinity have fruitfully analysed depictions of emotional expression in central-medieval episcopal texts to determine how clerical authors used emotional signification to convey an exclusively male authority. Few studies, however, exist on papal emotions, and scholars have not examined the role played by gender in the ways in which central-medieval popes conveyed their authority. The project makes use of a variety of sources including papal letters, sermons, and biographies. These documents are rich with gendered emotional coding, and I focus on how expressions of sorrow, anger, and emotive pastoral imagery were used in instances when the pope faced challenges to his authority. The project holds that examining expressions of emotion sheds light on how the papal curia’s rhetorical manipulation and use of discourses of masculinity influenced the way in which it communicated papal authority.