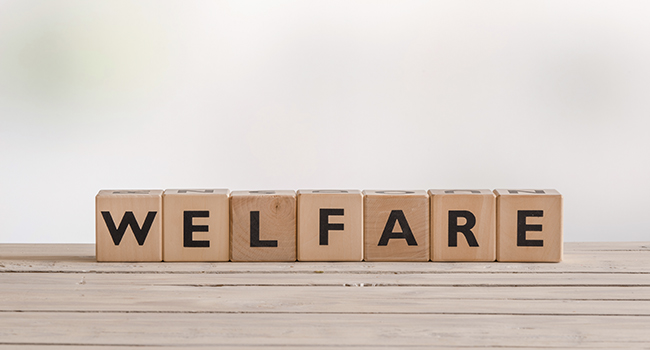 CCWS was formally established as a research centre at the Department of Politics & Society in 1996. It emerged from informal seminars since 1995 between researchers working with different fields of welfare (state) research. The research group initially included members from several departments at Aalborg University, as well as from Department of Political Science, Aarhus University, and CCWS has maintained an open organisational structure with associated members from other research groups and other departments.

Although most strongly rooted in political science, the research group has always included members from different social science disciplines: Political scientists, sociologists, economists, and others. Like elsewhere, the crystallisation into CCWS as a multidisciplinary research centre reflected the emergence of comparative welfare state research as a discipline of its own.

With theoretical roots not least in the British Social Policy tradition, and in the debates about welfare (state) regimes, the group has always been committed to a comparative perspective. It has been committed to studying specific social policy problems in a broader contextual perspective of welfare state challenges and change. And CCWS has been based on a joint interest in discussing and developing basic concepts and theory within the field.

International research collaboration has always been a priority. CCWS took a very active part in the early formation of ESPA Net and has participated in the activities of this and other associations in the field like RC19, Council of European Studies – alongside, of course, broader political science, economics, and sociology associations. As regards joint research projects and network programmes, CCWS has initiated and participated in several COST actions, in a Nordic Centre of Excellence in Welfare Research, Nordic projects on unemployment and citizenship, projects on Ageing and retirement, Migration studies.

Maintaining a commitment to common “core” problems, and typically based on a notion of citizenship, as far individual level studies are concerned, CCWS has covered a very broad research agenda throughout the last 25 years. This includes, e.g., research projects on unemployment and unemployment policies; unemployment and citizenship; ageing and retirement; elder care; pension systems and pension reform; migration and citizenship; gender inequality; social cohesion; welfare state attitudes; financial challenges and austerity; theories of welfare state change; universalism; the development and challenges of the welfare state in China; interplay between social and regional inequality, and many others.

Research subjects change, reflecting changing problems of the welfare state, changing issues in the international research community and, not least, changing funding opportunities. However, CCWS has maintained a commitment, maintenance of competences, and preparedness for action, to a very broad research agenda, theoretically and empirically (as reflected in the description), even though current priorities inevitably change.