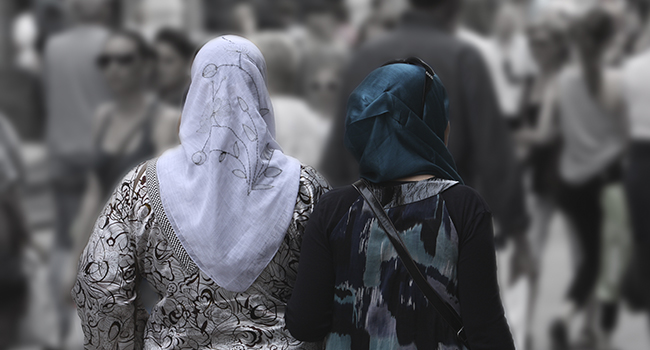 Women learn to love as survival in a violent society

Muslim women living in the armed conflict areas of the Philippines are strong agents in their own lives, and learning to love their husbands is an important way for them to make and maintain a life in a difficult situation. This is something Sif Lehman Jensen found during her PhD studies at Aalborg University, where she explored how intimacy and violent conflict connect.

- There is a tendency to think of Muslim women as passive victims of patriarchal structures, but for me it looked like love was a powerful way for them to rewrite their own stories, to make their lives livable and to make their relationships desirable. For me it was really important to try to challenge the often very negative and stereotypical understandings of Muslim women, Sif Lehman Jensen says.

Her article “Learning to love as survival at the violent periphery of Philippine society” was recently published in Feminist Anthropology. The research behind it includes 18 months of field work in different areas of the Philippines.

- During this fieldwork I realised all together, that my participants wanted to talk more about marriage and love than about armed conflict and violence, which was the topic of my research. The expression "learning to love" came from the women themselves and I decided to go with that and try to uncover what love is about, when you live a life that in all aspects is marked by violence and conflict, Sif Lehman Jensen says.

A woman, participating in Lehman’s study, was kidnapped into marriage. Her story is an example of how the women's stories about their intimate relationships, married lives, and families were braided into stories of war, forced migration, and precarious living circumstances. Eventually she learned to love the man who took her away from her family and forced her to marry him. She had no power over the war surrounding her in her new life, but she had the power to insist on love in her relationship, as part of making a family and build sociality. She had the power to influence her own story.

- What I think is the main takeaway in the larger discussion in feminist and gender studies is, that we must look for agency in alternative expressions - such as in love, Sif Lehman Jensen says.