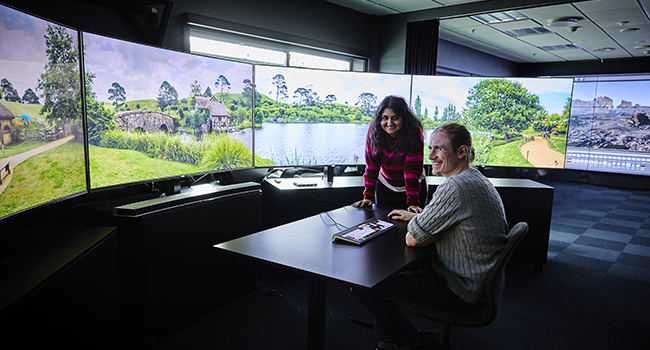 For the first time researchers use a multilevel regulatory perspective and a transdisciplinary approach of law, political science and computer science to tackle climate change adaptation.

A response to risks and climate change

Adopting a multilevel regulatory perspective and taking a transdisciplinary approach (law, political science and computer science), this project will map the existing multi-regulatory framework applicable to the new nexus between digitalization, disaster risk reduction and adaptation. The goal of the researchers is to identify the barriers and potential opportunities to establishing a coordinated policy and legal response.

The project will use three case studies to evaluate digitalization as a tool for climate change adaptation, reflecting its multi-level approach.

It is the hope of the two researchers that by adopting a transdisciplinary approach, the three disciplines - Law, Political Science, and Computer Science - will interact and converge their agendas in order to identify and solve real world problems, “merging soft and hard sciences”.

Adopting such an approach is critical to developing a coordinated policy and legal response to climate change adaptation across multiples sectors and levels of governance.

► See more about Department of Politics and Society

► See more about Department of Law