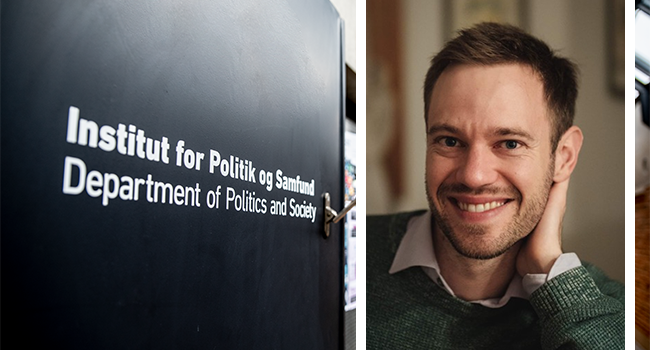 As of 1 September 2021 Aske Damtoft Poulsen will be joining CCA - Conflict, coercion and authority in history.

I am Roman historian and literary scholar working on the historiography of the late republican and early imperial periods. I am especially interested in the fall of the republic (and rise of the Empire), the Augustan Age, imperial ideology, and the literary aspects of ancient historiography. I also dabble in metaphor theory, Foucault and Agamben, futurity and alternative pasts, and theories of translation. My main speciality is the historian Tacitus, on whose Annals I wrote my PhD thesis, but I have also published on Virgil and Sallust.

I did my undergraduate degree at Oslo University (classical studies) and my PhD at Lund University (Latin). Since graduating in 2018, I have spent six months at the Swedish Institute in Rome and two and a half years at Bristol University, where I worked on a project on Peace and Power in the Roman Empire. My main research outputs, besides the thesis on Tacitus, include an edited volume on Usages of the Past in Roman Historiography, 18 entries for the forthcoming Tacitus Encylopedia, and articles on the lack of mercy in Virgil’s Aeneid, on the language of freedom and slavery in Tacitus’ Agricola, and on alternative futures in Tacitus’ Annals 1-2, as well as a forthcoming article on Sallust’s philosophy of history in The Cambridge Companion to Sallust.

My current project to be developed here at Aalborg explores whether one-man rule was perceived as inevitable by Roman historians of the early Roman Empire (31 BCE – CE 117). While imperial ideology, for sure, promoted the idea that one-man rule was the only alternative, there were other voices, too, other historians. Their works, however, have not been read with the approach required to grasp how alternatives to autocracy - i.e. alternatives to the course of events that came to pass - may be activated in historical texts, especially those written under the watchful eye of an emperor. Inspired by recent work on the use of literary devices that activate so-called "futures past", I will explore how alternatives to autocracy are activated (or shut down) in historical texts from the early Empire. As part of this project I plan to organise an international conference at Aalborg University and lay the groundwork for a monograph.