As of 1 February 2021 Jeppe Trautner is employed as a part-time lecturer at the Department of Politics and Society. Jeppe will be teaching at European Studies / Development and International Relations, and Politics & Administration, mainly 7th and 8th semester. He will be focusing on (European) defence and security. 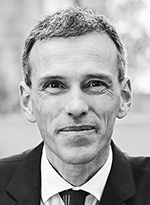 Jeppe Plenge Trautner is a political scientist with a war studies approach and military backround, and has travelled and worked extensively in several conflict zones. He entered the Danish Army in 1987 and its Reserves in 1989, and has since served for the UN in Kashmir, in Afghanistan, with the Baltic Defence College and in various NATO-affiliated positions. His PhD on European security and defence policy from University of Aalborg led him to the College of Europe in Bruges and to Tel Aviv University. His primary research interests are international security, political-military interrelations, and defence reform.