Event by Department of Politics and Society 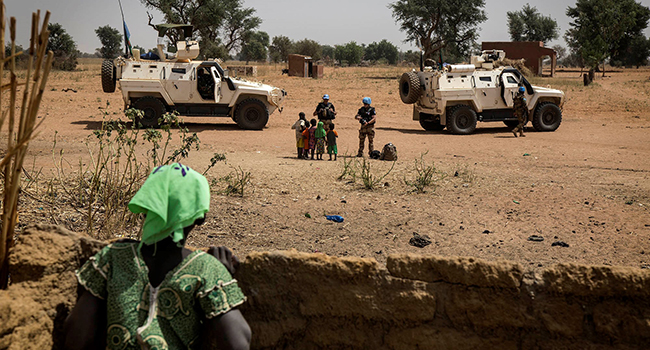 The peacekeeping operations of the United Nations are central to the UN mandate of securing peace and stability in the world. Currently, approximately 83,000 civilian and uniformed peacekeepers are deployed in 12 active missions with an annual budget of US$6.3 billion.

With this conference, Aalborg University and the Danish UN Association wish to focus on the Danish contributions to the peacekeeping operations of the UN against the backdrop of the Sustainable Development Goals 5 and 16: Gender Equality and Peace, Justice and Strong Institutions. The conference will bring together politicians, scholars and civilian and military practitioners to discuss the challenges and opportunities in relation to the prospects of strengthening the Danish contribution.

The peace operations have grown increasingly complex over time. They have developed from simple deployment of UN troops between warring parties, over more complex operations with both uniformed and civilian components to the newest operations where there is no peace to keep, and where conflicts are asymmetric and often related to terrorism. The UN’s needs in terms of political support and human and other resources from the member states have thus changed significantly over time.

Historically, Denmark has supported the UN with significant contributions to the peacekeeping operations in the Middle East, former Yugoslavia and several African states. In recent years, however, Denmark’s contributions have declined. As of 31 August 2021, Denmark ranked 94th out of 122 nations on the list of troop-contributing countries with a contribution of just 12 individuals. Currently Danish police is not reprented. Lately, however, the broader multilateral work seems to gain political traction. At the same time, Denmark has formally announced its candidacy for membership of the Security Council in 2025-26.

The need for the peacekeeping operations of the UN has increased in the past decade, but the operations have also been the subject of warranted criticism: poor coordination; slow procedures; inadequate resources for the operational mandates; a lack of sophisticated equipment as well as cases of sexual abuse and so forth. Last year, we marked the 20-year anniversary of the Security Council Resolution 1325 on Women, Peace and Security, which for the first time recognized the importance of gender perspectives in peace work. Despite this resolution, we still face an inadequate focus both on how global and local gender dynamics often become even more unequal in extension of conflicts and how the presence of UN units can ‘militarize’ everyday life for the local communities and lead to sexual exploitation and abuse, black market economies, etc.

Participation is free, but registration is necessary. Please sign up right here.

If you have any questions, please contact Ane Bislev.

The conference i sponsored by the Hermod Lannung Foundation and The Faculty of Social Sciences, Aalborg University