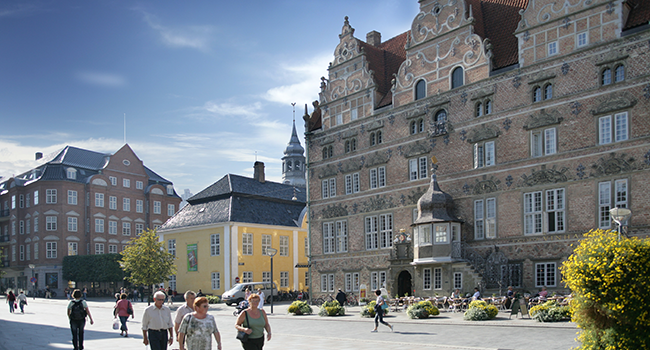 The social programme includes events for the conference participants as well as accompanying persons, please read below for whom the events apply. The events and tours are booked at the time of registration.

The social programme include:

The City of Aalborg is delighted to mark the opening of the 29th Congress of Nordic Historians by hosting the official opening reception. The reception will be held at Aalborg Congress & Culture Centre, which is also the venue for the congress. Appetizers and beverages will be served.  Enjoy some hours networking with your colleagues from around the world.

Included in the registration fee. 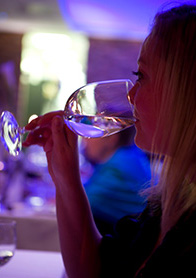 Dinner after the opening reception is on your own, but why not try one of these restaurants along the beautiful waterfront of Aalborg:

Aalborg University is delighted to welcome you all to the 29th Congress of Nordic Historians by hosting a reception. The reception will be held at CREATE which is a branch of Aalborg University situated at the waterfront in the city center. Appetizers and beverages will be served.  Enjoy some hours networking with your colleagues from around the world.

Included in the registration fee.

The Conference Banquet of the 29th Congress of Nordic Historian will take place at Hotel Comwell Hvide Hus, where a three course menu awaits. The three-course dinner will be spiced with live jazz music and a great atmosphere. During the dinner, the winner of the Nordic History Book Prize will be announced by our guest of honor, the President of Iceland Guðni Th. Jóhannesson. 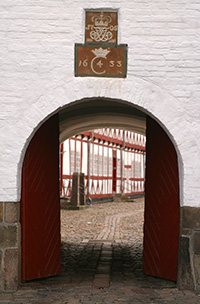 The Congress of Nordic Historians offers a series of historical city tours. The tours departure from the conference venue of Aalborg Congress & Culture Centre and takes you on a stroll through the streets of Aalborg where an excavation recently revealed a market place from around 750. We will pass Jens Bang`s Stone House, the largest Renaissance private home in Scandinavia, built in 1624 by a wealthy merchant, as well as the church of Budolfi - the Cathedral of Aalborg, built around 1400 and named after the English saint Botholphus and. Another highlight is the Monastery of the Holy Ghost, which is one of the oldest and best preserved buildings in Aalborg. It dates back to 16th century and is the oldest social institution in Denmark. The monastery contains beautiful early 16th century frescoes and is now used as homes for senior citizens. We will also pass Aalborghus Castle, built 1539-1555 at a strategic location near the waterfront. It was meant to be a fortification but ended up as home of the King´s Governor.

Remaining city tours can be booked at the conference as part of the registration process. In case of overlap with the conference program, the time slot can be changed by contacting ash@aalborg.dk.

This excursion explores Vendsyssel, the northern-most part of Jutland, and some of its churches and manor houses which have played a role in the Danish history in the Middle Ages and during the Reformation.

Our first stop is the castle of Voergaard which dates back to the middle of the 15th century. In the years before the Reformation, it was owned by the notorious Bishop Stygge Krumpen, bishop of Børglum. It was besieged during the civil war of 1534-36 by the peasant troops of Skipper Clement. Today the building is one of the best preserved Renaissance castles in Denmark.

Next stop is the village of Vrå which features a Romanesque church with its late medieval tower and many frescoes and is a typical example of a Danish village church of this region.

From there we go to the impressive Børglum Abbey – a site which has dominated the landscape since the Viking age when it was a royal centre. In the 12th century it became the seat of the bishop of Vendsyssel. After the Reformation in 1536 the king took over the abbey and made it the seat of his local representative, the ‘lensmand’. We will have lunch at the abbey’s café.

After lunch and a guided tour, we head back east to visit Jetsmark Church which features several frescoes from the later Middle Ages.

From Jetsmark we return to Aalborg where our first stop is the cathedral church dedicated to St Budolph. The existing building is much altered – by renovations, extensions and repairs, most recently in 1941-43 – but we can still trace the original Romanesque stone church which is believed to have replaced an even earlier wooden church.

From the cathedral, we continue by foot through the inner city. We pass the Monastery of the Holy Ghost, the impressive Renaissance house of Jens Bang, Aalborghus Castle and the Church of Our Lady, before the trip ends where it began – at the conference venue.

While heading towards our first destination, the head of the Coastal Museum of Northern Jutland who is also going to be our tour guide, will give a brief introduction to the German occupation of Denmark on April 9, 1940. The Germans had as their decisive goal to reach and claim the airport at Rødslet north of Aalborg and the harbor of Frederikshavn in order to ensure German air and naval bases for their subsequent attack on Norway. Both places were heavily fortified and Frederikshavn later came to be part of the Atlantic Wall.

First stop is the Aggersund Bridge. The bridge was part of the German invasion defense in Northern Jutland, for although the defense had its center of along the coastline, the hinterland was also involved - both in connection with what was described as a "second line" and to ensure the crossing of the Limfjord.

We then continue to the coastal battery of Vigsø. It consists of bunker type typically associated with coastal batteries, but it also possible to get a glimpse of the technical developments in bunker constructions and the so-called Regelbau system. During our stay you will get an impression of ​​the extensive facilities in its entirety as it now lies partly on the beach and partly in the sea.

Lunch is served at the Old Smokehouse in the small cozy fishing town of Hanstholm.

After lunch we will move on to the large Hanstholm Fortress. Here we will take a look at the bunkers from both outside and inside as we will enter the Museum Center Hanstholm battery and exhibition. The Hanstholm Fortress was established to block the entrance to Danish waters, with a similar plant in Kristiansand in Norway and a minefield in the Skagerrak, which would ensure the area not covered by the two batteries.

We then head back to Aalborg.

Note: If you wish, you can already on Thursday afternoon get to know more about the Atlantic Wall and the project that has organized the excursion, by taking part in its round table discussion at the Congress of Nordic Historians - read more here (Danish).

Language: Only available in Danish.

We will pass through Sæby and the ferry port of Frederikshavn on our way to Skagen, the most northerly town in Denmark, and our first stop will be at the Raabjerg Mile migrating sand dunes just south of Skagen - the only true desert in Denmark.

In Skagen we shall start by visiting the natural phenomenon of Grenen which we reach by the tractor-train ‘Sandormen’ (the sand worm). Grenen is the northernmost point in Denmark, where the North Sea meets with the Kattegat. Lunch will be enjoyed at the seafood-restaurant Pakhuset overlooking the busy yachting harbor.

After lunch you will have the opportunity of a guided tour of the famous Skagens Museum with its large collection of paintings from the Scandinavian Golden Age with works by members of the colony of Skagen Painters who lived and worked in the area in the late 19th and early 20th centuries. Important artists include Marie and P.S. Krøyer, Anna and Michael Ancher, Laurits Tuxen, Viggo Johansen and Holger Drachmann.

If you do not wish to visit the museum, it will be possible to take a stroll on your own through the charming, picturesque city with its craft centres, workshops and small specialist shops.