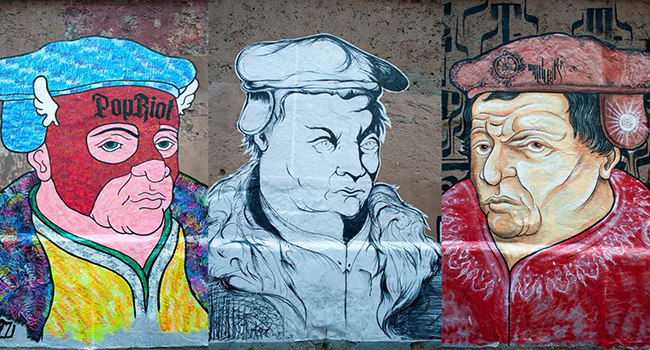 "Reformation" refers to the act or process of changing a condition - usually with reference to a state or way of thinking perceived to be better or more pristine.

The concept is commonly associated with the historical processes emerging out of Martin Luther’s actions half a millennium ago, when in 1517, his 95 theses were nailed onto the door of the Wittenberg Castle Church. The theses challenged Roman Catholic doctrines and practices, and were portrayed as a return to the original intent of the Christian Church. The subsequent process of change and the creation of the Lutheran Church had far-reaching global importance and proved crucial for the history of Nordic countries.

But demands for reform are ongoing, and the subsequent transformation processes are classical objects of study for historians. In 2017, it is also the 30th anniversary of the UN report, Our Common Future, a work headed by Gro Harlem Brundtland. The report introduced the need to reform humanity’s co-existence with nature. Subsequently, concepts such as sustainable development, pollution control and climate change have become integral to international politics. These and many other of today's global challenges are increasingly addressed by Nordic historians.

Reformations, in all their diversity, are the main theme of the Congress of Nordic Historians in 2017.

Nonetheless, the Congress of Nordic Historians is much more than celebrating two significant anniversaries. We welcome submission reflecting the state of all strands of historical research in and around the Nordic countries in the early 21st Century.