From 17 to 28 September 2018, Dr Michela Coletta, School of Modern Languages and Cultures, University of Warwick, will be visting Latin American Studies at Aalborg University 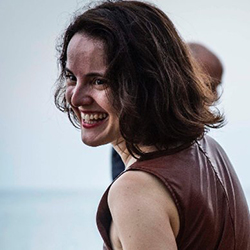 Her publications include a monograph titled Decadent Modernity: Civilisation and ‘Latinidad’ in Spanish America, 1880-1920 (forthcoming with LUP in September 2018), and book chapters on the origins of degeneration theory in the medical and sociological discourse of late-nineteenth-century Europe and Latin America (La Biblioteca Valenciana/ King’s College London, 2007) and on ideas of race and immigration in Chile and Argentina (Wiley-Blackwell, 2011). In her most recent work, Michela approaches the history and politics of the environment in Latin America from the perspective of intellectual history, focusing on visions of nature and modernity throughout the twentieth century. She is the co-author of the chapter ‘Whose Natures? Whose Knowledges? An Introduction to Epistemic Politics and Eco-Ontologies in Latin America’, published in the volume Provincialising Nature: Multidisciplinary Approaches to the Politics of the Environment in Latin America (ILAS Book Series, 2016) of which she is also co-editor. Her latest publication is a co-edited special section on Race and Geography in Latin Amercian History for BLAR (2018), which includes her article on Imagined Races in Twentieth-Century Argentina.